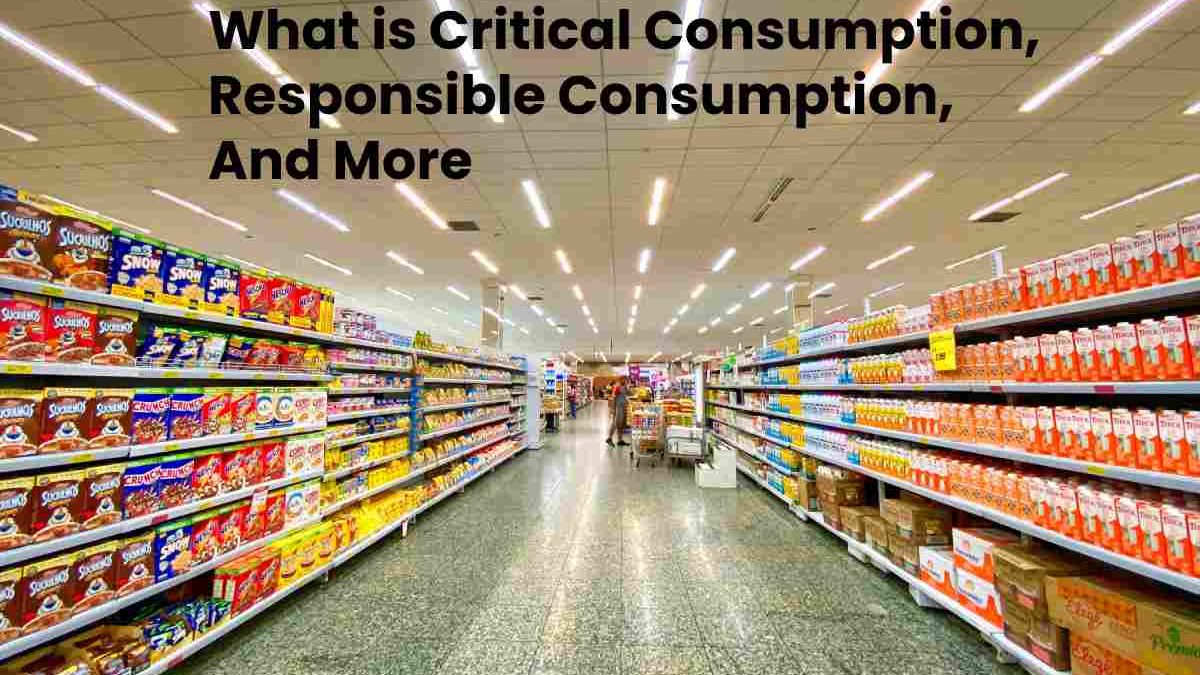 Consumption Currently, the need to organize the economy according to justice and respect for man, resources, and nature is no longer a matter of moral or political opinion. It is a vital imperative that requires us all to do our part. The institutions have to fulfill their mission. And we must demand it, but let us not forget that we have at our disposal some means of intervention that can have a direct influence on the centers of economic power. This possibility does not derive from particular rights guaranteed by law but from the will to live responsibly in everyday life. Such as work, savings, and, above all.

A Critical Consumption asks about the social and ecological conditions in which a product or service has been produced. It is a daily attitude that consists of meticulously choosing what we buy based on two criteria. The history of the product and the conduct of the manufacturing company. Pointing out to the system the production methods that we approve and those that we condemn.

An Ethical Consumption Would Be The One That Is Exercised

when the options are valued as fairer, more supportive or ecological, and consumed according to those values and not only based on personal benefit. From ethical consumption, we place particular emphasis on austerity as a value. As a conscious way of living, giving more importance to other activities than to the fact of consuming and having the ability to distinguish between natural and imposed needs; organizing them, in addition, at a collective level.

The Incorporation Of These Values In Our Consumption

does not have to diminish well-being and quality of life, quite the contrary. Eating meat is a sign of well-being, but it ceases to be so when we see our cholesterol levels in many of us or eat so much that obesity problems are frequent. It seems “advantageous” for us to move polluting industries to the South, but aren’t we all under the same ozone layer? Doesn’t the sea level rise equally throughout the planet? shock wave from a nuclear accident?

All of this involves all spheres of our life, our most personal options, and, therefore, requires an effort, but it is impossible. A first step would be awareness in the private sphere and sharing our reflections to build a collective consciousness.

This Type Of Consumption Would Imply Two Fundamental Aspects:

First, the search for information and the formation of critical thinking with the reality surrounding us, with the media and advertising. Questioning what is behind each thing we consume and consequences are.

Second, reducing our consumption levels is an ethical option. If our development model is not universalizable because of the unjust structures it generates. We can’t maintain this situation. It is about changing our habit of consumerism. Opting for a model of well-being and happiness not based on the possession of material goods. “The one who has the most is not the happiest, but the one who needs the least.” It is, in short. A change in our scale of values and our priorities. Would allow us, for example, to dedicate a more significant part of our budget to eating healthily,

This proposal of non-collaboration with an economic system that generates injustice and destroys the environment is a fundamental moral and political duty. The design needs us as consumers. We are the last link in the chain. The small power of the consumer can be very effective both for us and the countries of the South. It would only be necessary to begin to claim greater self-determination that seems not very political and heroic in the choice of our food.

Our Responsibility And Our Power As Consumers Derive From Obligations That Could Summarize As:

Category your PC faster: What did you say if the computer is too slow?

Marketing And Ethics – Marketing From An Ethical Perspective

Comparisons Between Product Differentiation And Positioning

Marketing Analytics- What Is It, And Why Is It Important?

CRM- What Is CRM, And What Is It For? Understand How It Works

What Is Macro Marketing?